How to Fund Your Novel: Guest post by Roger Eschbacher 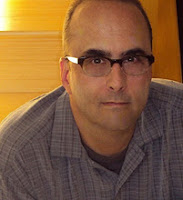 A professional television animation writer who now is at least partly responsible for Scooby-Doo. I asked him to tell us all about the funding model he used.


As just about any “indie” author will admit one of the biggest knocks against our tribe is that often self-published books are rife with errors (punctuation, grammar, typos, continuity problems, etc.). We know how jarring it can be to run across a typo in a traditionally published book, so imagine how distracting it can be to be poked in the eye by dozens of them.

Why does this happen? To be blunt, it’s because the author didn’t have the book properly edited. And by “properly,” I mean professionally. No matter how good at catching errors you think you might be, you’ll never get them all. No matter how good you might think your beta reader/proofreader friends are at finding embarrassing mistakes in your text or story, there are always more hiding in your manuscript. Always.

I can verify this through my own experience. I can’t tell you how many “final” reads I did on Dragonfriend, my recently self-published MG fantasy novel. I’d go through it, find and fix a bunch of errors, only to go back to the beginning for one last look and find even more. I realized I needed professional help. I needed a paid editor with a trained eye to go through my manuscript and find the mistakes that would embarrass me if they ever made it out of my computer and into the wild.

What does any of this have to do with funding my novel? Well…having come to the realization that I was in over my head as far as editing goes, I started looking around for someone to help me out. Guess what? Editors can be expensive! My manuscript was in the 75,000-word range, and quotes for an edit on a book that size ran from the upper hundreds to the low thousands on the sites I checked. Google “editing, novel, proofreading” yourself and be prepared for your jaw to drop to the floor. This is not a knock against the editors, by the way; what they do is very time- and labor-intensive (= expensive).

So what was I going to do? I knew I had to get my book properly edited, but I also knew I wasn’t exactly dripping with cash. I was frozen in place until I could scrape together enough funds for a professional editor. Frozen, that is, until I ran across Kickstarter.

Kickstarter.com is a site that exists solely for raising funding for “the arts.” Based on the artist/patron model of old, Kickstarter provides a platform where you can raise money from friends, family, and total strangers without having to beg in person. You simply set up an account and direct people to it with a “Hey, if you’re interested in backing my book project…” Amazingly, to me anyway, a lot of folks were willing to pitch in and help me out.

If you head over to the site, you’ll find that everyone from filmmakers to graphic artists to greeting card makers have a project going on. Oh, and authors too.

Here’s how it works. You sign up for an account, then pitch your project to the Kickstarter folks. My “project” was to raise enough money to have my book professionally edited and pay for its setup (cover design, proof copies, Createspace Pro Plan, etc.). Frankly, I think this step is included to make sure that only “creatives” get in the door. They’re very specific about not accepting charity or non-arty business projects. This site is about raising money for projects with artistic content.

Thankfully, my project was approved and I set about trying to determine the amount of funding I would need. Having priced out the costs listed above (I picked an editor quote somewhere in the middle of the pack) and factoring in Kickstarter’s five percent account fee, I determined I’d need about $2,100.00 to properly prepare Dragonfriend for publication. Kickstarter recommends that you research your costs and pick a sum that is very close to the amount of funding you will actually need. They say that an appropriately priced project is more likely to succeed, and I think that makes sense.

Next, you determine how long you want the project to go. The allowable range is between 30 and 90 days. Kickstarter recommends 30 days, advising that if a project is going to be funded, it’ll usually happen within that period of time. I wish I had listened to them. I chose 45 days, only to have my project achieve full funding at around day 25. You have to wait for the project to play itself out before Kickstarter releases the funds, so I found myself cooling my heels for the balance of time left in the project. Another reason not to inflate your request is that if you don’t reach your funding goal within the allotted time, the project fails and no one (yourself or Kickstarter) gets any money. The backers who pledged prior to fail won’t be charged either, which is good, but you obviously don’t want to fail. In short, determine a reasonable goal and don’t be greedy!

Next, you create your backer “rewards,” attaching fun things like bookmarks, signed copies, and future character naming rights to various donation price points. They encourage you to be inventive, so in addition to those traditional rewards, I added stuff like writing a “fake” unmasking scene from the Scooby Doo series I write on. The backer became the villain and was able to pick the name of their evil alter-ego in a customized script. Sure it’s silly, but three backers ended up receiving scenes thanks to some very generous donations.

Then you press the “launch project” button and get the word out that you’re trying to raise money for a worthy project – asking folks to become true patrons of the arts. I ended up raising $2,205.00, which I promptly put into play by hiring an editor. I chose Iguana Proofreading and opted for their complete package of a manuscript critique and proofreading.

I have nothing but good things to say about my Kickstarter experience. It provided the funds I needed to launch my book. Without it, I’d probably still be going through the manuscript and finding error after error after error…

What about you? Do you have any experience with Kickstarter or tips on hiring a pro editor? Please share them in the comments.

Link to my blog: http://thenovelproject.blogspot.com/

Roger Eschbacher is a professional television animation writer who's worked for Warner Brothers, Nickelodeon, and Cartoon Network. In addition to his middle-grade fantasy/adventure novel, Dragonfriend, he's also written two children's picture books, "Road Trip", and "Nonsense! He Yelled," both for Penguin.
Born in St. Louis, Missouri, he now lives in California with his family and a crazy dog named Lizzy.