The best and worst of being an author: Guest post by RS Guthrie 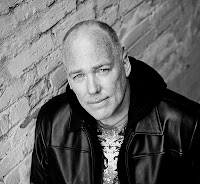 Rob Guthrie is becoming known on the Internet, not just as the independent author of Black Beast: A Clan of Macaulay novel, but also for  founding RABMAD, or Read a Book, Make a Difference, where authors donate a portion (or all) of the proceeds of their works to good causes.

I asked Rob to tell answer two questions: what's the best thing or aspect in his personal experience of being an author, and what is the biggest mistake he's made.

As you'll see, Rob, in his inimitable way, decided to answer those questions in reverse order.

In return, I've written my best and worst on Rob's blog, Rob on Writing.

Over to you, Rob:

The worst and the best of being an independent writer


As indie writers, we must carry a machete to cut through the tangled mess of the publishing world. I personally prefer two. This way I can double-fist them, cutting through twice the vine work, and also have a backup when one blade becomes too dull to be of any use.
Seriously, how many pre-published indie writers understood the magnitude of marketing that would be required to make even a cursory attempt at reaching the masses of readers? Not I. In my deluded mind, I envisioned an endless supply of readers, just waiting for the next great book. I was realistic: I knew that eventually the work would have to stand on its own merit. But I never dreamed it would be such a challenge to reach the readers.
That was my biggest mistake. Not figuring out the marketplace—and more importantly, the level of effort required to make a go of book promotion—before putting out my first book. The reason I consider that a mistake is that I feel I have more or less sacrificed my first work to the altar of acquiring marketing base. In other words, I sell diddlysquat while learning how to sell more than diddlysquat.
Which is okay, because I think that is part of the equation for any writer, indie or not: you have to get something out there. A sacrificial novel, as it happens to be in my case. I just think I would have put something a little less involved. Perhaps a collection of short stories or a novella. I put a lot of work into my first novel and I fear by the time I have finished honing my marketing plan, achieved my true rhythm, and established my reader base, the first book will have become a giveaway to enhance interest in the second, third, and so on.
In a short time I have learned one incontrovertible fact: writers need each other. I never would have guessed this maxim beforehand. I likely wouldn’t have believed it, even if someone had shared it with me. But the best decision I made was to join the Twitter and Facebook writer communities and to saddle up with a collection of likeminded indie writers.
Cross-promotion. That is the way out of the forest.
As one, we are weak—as many, we are a force.
Too many writers still don’t get this concept. I think the biggest misconception is also the one that keeps many writers from joining forces: the idea that we are competitors, not allies. If this were, say, the auto industry, that might be true. Readers, however, unlike drivers of automobiles, have a unique qualifier (particularly in the digital “99-cent” age): a turnover rate that approaches the relative speed of light.
A consumer keeps a car for a minimum of three years. The average is probably more like five. A reader, depending on speed and time available, can read up to a book a day. And I think there are more readers today than ever, probably in no small part due to the lowering of price by the digital market (not to mention the ease of access—literally press a few buttons and your book is at your disposal).
My point is, there are plenty of readers for all of us. There really are. That our biggest task is grabbing market share is a false challenge. The mirage in the distance. As indie writers our biggest challenge is NOT ensuring enough consumers for our product. It is NOT creating the best product we can (although that is a close second). The biggest roadblock for the indie writer, by far, is getting his or her work out to the readers. Period. Nothing else comes close.
Call it what you will: getting noticed, finding a readership, showcasing your product. If you have not yet realized how deep in the jungle an indie writer is, you haven’t really tried to sell your book yet. We indie writers are half a world away from our audience:
The readers are THERE…they just don’t know you are.
The good news is we can help each other send out the word from the mountaintops. We can build buzz, product, credibility, and most importantly, we can leverage our collective reach to establish an audience. Think of it this way:
Bill writes a great mystery. So does Suzy. If by helping each other, they can reach 1,000 people they would not have had access to alone (all, presumably, mystery lovers), what do you think the chances are that the majority of readers will read both books? Why wouldn’t they? Assuming they are both entertaining, well-written, engaging mysteries that is (remember, I said before that eventually your work has to stand of its own accord).
Another example. Say you are a reader. You aren’t going to attend a mystery writers' conference only to pick one excellent author or book. In a perfect world they would all be great and you’d have an endless supply of reading material, right?
I’ll repeat it one last time for effect: the best decision I ever made was to join with other likeminded authors and to cross-promote. It is through writers helping writers that we will walk from the darkness of obscurity into the light of a hungry, awaiting marketplace.
You can find Rob's books on Amazon and on his site, RSGuthrie.com.
Posted by Scott Bury at 2:27 PM