Every January, pundits put on their Janus masks to look back and forward at the same time and make predictions about the year to come. They try to give their words as much gravity as they can, but if we look at history, we see they’re somewhat less reliable than the weather.
Some of the most prominent, and repeated predictions I have read for this year:


The falling price of oil will have far-reaching effects on economies around the world. In Canada, the conservative government has delayed its budget for at least a month to give it more time to “gather data.” This after eight years of betting the economy on oil and other raw resource extraction industries, at the expense of manufacturing industries. Talk about all your eggs in one basket. 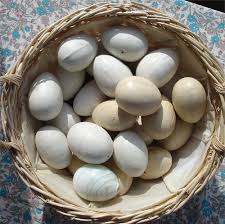 How is it they didn’t see this coming?

Economists have poor track record when it comes to short-range predictions, especially for the coming year. The price of oil is the best example. It has followed a classic bubble pattern: a steep rise followed by steeper decline. It’s happened so many times in the past, in so many other sectors, that it astounds me that no one saw this coming.

Predictions? Maybe they’re useless, when it comes to the economy. From now on, when I read another prediction about the economy, I’m just going to laugh.
Posted by Scott Bury at 2:00 AM