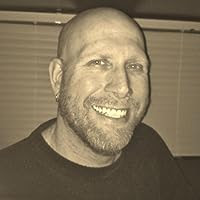 Hi. I'm Harry Widdifield. I've written both as myself and as Sevastian Winters. I don't often do guest posts like this anymore, but on a whim, I decided to put this out there. Maybe you'll see some value in it.


When asking me to do this post, Scott asked me to consider the answers to two questions:


These are both excellent questions, and interestingly enough, it took me about 2.5 seconds to know the answers to both.

In 1996, I had an idea for a short story about a serial killer who won “the game.” I've always thought of serial killing as a game more than a crime, and figure that we would solve more of them more quickly if police saw it as a game as well. Anyhow, I'd never written anything just for fun before, and so just for fun I wrote it.
Nine years later, after 16 years as an entrepreneur and marketing professional,  I had some time off from my four years as a corporate CEO, and thought perhaps I would turn that old story into a novel.
Before I started writing, I set out to read the classics, thinking that if I did, perhaps I'd learn enough about writing to give ol' Steve King a run for his money. (I call him Steve. He doesn't even know I exist.) When I finished Moby Dick, I figured I had the answer — the building blocks I needed to write my novel. And I asked myself this question: What if the whale was, after all, a cognizant beast, still driven by instinct, but wholly diabolical and completely human? From that thought, My Eyes Face Forward, a book I've never published, was born. 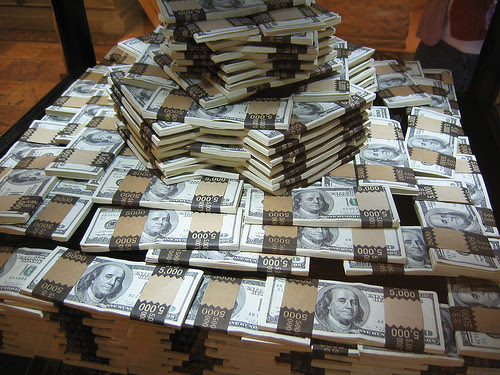 For the next three months I toiled night and day, perfecting my masterpiece, like a blind man painting by number, fully expectant that the Mona Lisa was revealing herself and the secret behind her smile.  (I said I'm not an expert. I didn't say I'm not arrogant. I was even more so then, for I had not yet learned how little I know.) I punctuated my final sentence and rushed my work off to an agent, expecting the million dollar offers to roll in. (Sound familiar? Anyone?)
I quickly found (or thought I'd found) that agents don't know the first thing about good writing, and that they are a rather snotty bunch. But one woman in New York, who has likely forgotten my name, (though I shall never forget hers), Toni Lopopolo, took pity on me. She told me to learn my craft, and she listed the titles of some books I should read:


Lopopolo (which is a lot more fun to say than “Toni”) told me that those three books were the Holy Bibles of fiction writing and that I should read them and then (my eyes about popped out of my skull on this one) that I should “rewrite” my book! (The nerve of some people. She apparently hadn't gotten the memo about me being a golden god!)
Having been a businessman for a number of years, I surmised that since Lopopolo worked with the big houses in New York, that she was just checking me to see if I could take marching orders. After all, they don't write million-dollar cheques to just anyone! I decided I would play her little game. I would read her little books, make a few edits, and re-submit my work.
I started with Stein on Writing. When I finished reading, I was so astounded by what I'd read, that I immediately read it again, before proceeding on with Self-Editing for Fiction Writers and How to Write a Damn Good Novel. When I finished that, I bought more books on writing craft and then more again. Along the way, I stumbled across a few scriptures of my own, such as Story, by Robert McKee (a Bible for screen writers) Bird by Bird by Anne LaMott and Stephen King On Writing (which was more Apocrypha than Bible, but still valuable) and one that made a huge impact on me despite its tedium, (It's very technical) Techniques of the Selling Writer, by Dwight Swain. (Buy them. Read them, Read them again, and then again. Repeat.)
I read books on writing until after a time, they all started to say exactly the same things. It was then that I sat down at my desk, once again, for the purpose of “polishing” my opus. But… 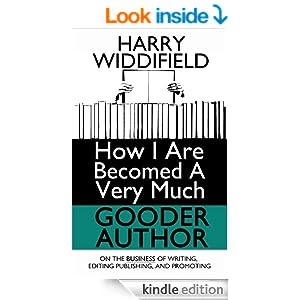 ...A funny thing had happened while I was reading. (Perhaps you have experienced the same thing.) At some point between the time that I punctuated the final sentence of my memo draft on how I'd just “finished” a manuscript and was ready to be heralded onto the world literary stage as a golden god, and the time that I finished reading my first of many stacks of books on writing, little gnomes had invaded my opus, and turned it into a great big, heaping, stinking, embarrassing pile of dung! It was then that I made the choice to truly check my ego at the door and to instead dedicate myself to a lifelong pursuit of learning my craft. More succinctly, the best thing I've ever done as a writer was to dedicate myself to learning my craft. Any writer who doesn't, is just a hack (and that's a fact).

The worst mistake I've ever made as a writer was to befriend more writers than readers.  Befriending writers rather than readers is a bad choice on several fronts: writers are assholes. Writers aren't readers. Writers have no vested interest in helping each other. Very few writers learn their craft well enough to teach it. Writers are more prone to literary circle-jerks than they are to actually writing.
Writers are assholes — myself included. In fact, I'm as adept at being an asshole as I am at writing. Ask around. I have a pretty solid reputation on both fronts. It sort of takes an asshole to think that the things you have to say are worth charging money for. If you're a writer, you're probably an asshole too — at least if you're any good. Own it.
Despite what you've heard, most writers aren't readers to any real degree. I, for example, can't get past the first chapter of most books I pick up, because most of them are crap. And while there are some amongst us who can't put a book down even when it's crap, for the most part, we writers are more interested in what we have to offer than in what others have to offer. So we're not readers. We're writers.
Writers have no vested interest in helping other writers succeed. Forget what you've heard about camaraderie. Writing is a solitary profession with solitary benefits. We're not all sharing a pie. We all want the entire pie. There's no real value in banding together and doing so is just wasted time and effort that takes away from our singular purpose: writing.
Have you ever watched the contestants trying to build a shelter on “Survivor?” I'm pretty sure they don't select contestants with any experience in basic carpentry. As such, their shelters suck. I'm a journeyman carpenter, so I just shake my head. Writers are much the same. Most writers have never so much as purchased, much less read a book on writing, and yet they all consider themselves knowledgeable on writing. I've actually had someone say to me “My uncle published six books so I ought to know!” My uncle runs dispatch for a trucking company. Does that make me a Peterbilt mechanic? Writers get into groups and spend countless hours arguing the merits of their positions on various aspects of writing none of them having the slightest fucking clue what they are talking about. It truly is the blind leading the blind.
The only thing worse than writers fighting with each other over the finer points of writing is writers praising each other for each others' work in literary circle jerks. I've been kicked out of every writing group I've ever been a part of, including some I've started. Reason? If a writer asks for feedback on their work, I tell them the truth.
Oscar Wilde once said:

“If you want to tell people the truth, you'd better make them laugh. Otherwise, they'll kill you.”

Writing groups tend to be about writers looking for accolades rather than criticism. Guess what? Your ability to string words together into a coherent sentence or set of sentences than form paragraphs, chapters, and books, does not rank my praise. I've never learned anything from anyone who told me what a great writer I am. Learning happens when we come to terms with the fact that we don't fucking know everything and that sometimes our very best work is nothing but a heaping pile of dung! (See how I did that? I've lead you right back to the beginning, where I chose to dedicate myself to craft because prior to that my very best work was crap.)
In short, the worst thing I've ever done as a writer was to befriend a whole bunch of writers instead of a whole bunch of readers. If you want to be a writer, do two things:


If you follow those two rules, you'll probably do just fine.
See? I told you I'm an asshole.
Author Harry Widdifield enjoys writing both fiction and non-fiction. A self-proclaimed "Teller of Ten Minute Tales," Widdifield loves telling action-packed tales to readers who often don't have more than 10 minutes in a day to read. Widdifield writes novels and self-help non-fiction as well as satirical non-fiction, but his true passion is tales that can be fully enjoyed in ten minutes and then digested for a lifetime. Bon apetit!