A little over a year ago, I wrote a post for the Guild of Dreams blog where I wondered about how important it is for a writer to remain within a genre. Now that I have just sent my third manuscript to an editor, I find myself wondering about that again. Without asking anyone’s permission, I am re-examine that issue.

When you start out writing fantasy — or romance, or science fiction, or mystery, or any other category — do you have to stay within it? Is writing something in another genre akin to crossing a border into a foreign territory?
For a novelist, is the genre a prison or a haven?

It looks like my career as a novelist is turning into an experiment to measure that.

My experience in the fantasy genre

My first published full-length novel qualifies as epic fantasy. I prefer the term “historical magic realism,” because  The Bones of the Earth has realistic, fictional characters alongside real, historical characters. It’s set in a real time and place, and then adds fantastic or magical elements. But for most people, “fantasy” is the shorthand term.

My third novel (to be published) is one I started over 10 years ago, a memoir of my father-in-law’s experience as a draftee into the Soviet Red Army during World War II. So far, I’m calling it Between the Vise Jaws. But that may change.

With that done, I am now turning to a contemporary urban paranormal type fantasy, Dark Clouds. I posted the first chapter on this blog a couple of years ago.
Dark Clouds grew out of a pre-Hallowe’en writing challenge, the source of which I cannot remember. But the challenge was to write the scariest opening line I could, and in a humourous mood, I thought of “Matt always knew when his mother was coming over.”

Once I finished writing the story, I thought it could be the beginning of a novel, or at least a series of stories. So I thought I would call the novel The Mandrake Ruse, in the style of 60s-era spy stories like Man from U.N.C.L.E. And I could write a bunch of novels about The Witch’s Son.

Now that I’ve been toying with the idea for a couple of years, I realize that I have those titles mixed up, so when I do publish the book, it will be called Dark Clouds, and the first chapter will be “The Mandrake Ruse.” It just makes so much more sense. 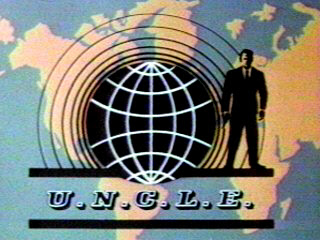 Does genre-hopping hurt my credibility as an author?

A number of readers, and my family, too, have asked for a sequel to The Bones of the Earth. And as you can see from the cover, it’s “Book One of the Dark Age Trilogy.” I do have rough plot outlines for two more books about Javor and his adventures in the seventh century, but I also have this burning desire to write some other stories, first.

Had I a contract with a publishing company, my publisher, editor and/or agent would gripe about this. “Readers who liked your first book want more of the same!” I can hear one of them saying. “You’ve proven there’s an audience for that story, and they’ll be disappointed if your next book is totally different.”

I think every artist or creative person faces that dilemma: those who liked your first work will come back expecting more in the same vein. Delighting them with something new and completely different is a steeper hill to climb — you’re working against the very expectations that you created.

On the other hand, I am a writer because there are stories that I want to write, and my imagination doesn’t necessarily fit into categories defined by someone else.

On the other hand, some of the best writers have written in more than one genre, or have succeeded both artistically and commercially when they’ve gone beyond the slot assigned to them at some point in their careers:

Stephen King started with horror and is still best known for It, The Shining and Carrie, but he has successfully transitioned into science fiction, non-fiction and, it could be argued, literary fiction. 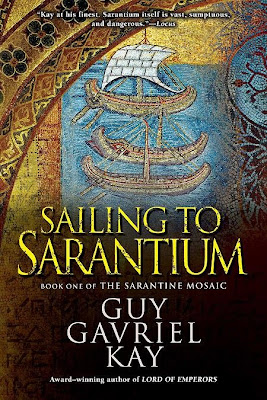 Guy Gavriel Kay began writing fantasy fiction with The Fionavar Tapestry series, continued with his almost-historical magic realism, and moved to historical fiction with Ysabel in 2007.

Margaret Atwood went the other way. Established since the 60s as a main force in current literature, she surprised the book world with the dystopian science-fiction The Handmaid’s Tale, more recently Oryx and Crake — although she denies they’re science fiction.

What will this do to future sales prospects? Will readers of The Bones of the Earth who check my new publication be disappointed or delighted by Between the Vise Jaws?

Will fans of One Shade of Red be totally turned off by a war memoir?

Or will my hopes be realized: that writing in different genres will spread my appeal to new audiences?